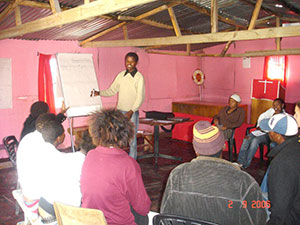 Africa Unite (AU) is a human rights and youth empowerment organisation that works with citizens, refugees and migrants to prevent conflicts, enhance social cohesion and promote socio-economic development. It was formed in 2001 in response to violence against asylum seekers, refugees and migrants in New Cross Roads, in Nyanga a sprawling, impoverished, predominantly black townships on the outskirts of Cape Town in the Western Cape. Initially part of IDASA (the Institute for Democracy in South Africa) AU became an autonomous, registered organisation in 2004. 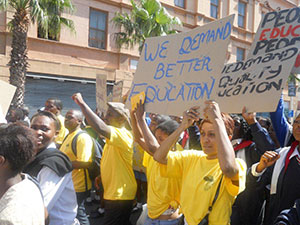 Underpinned by its organisation slogan, “Building Human Rights communities” AU programmatic focus is on building the knowledge and skills of Human Rights Peer Educators, facilitating reciprocal learning exchanges with community-based and migrant led structures, and creating a platform for intercultural exchange and dialogue between local, refugee and migrant communities in South Africa. Towards the fulfillment of these goals, AU has consistently sought to build partnerships with likeminded organizations committed to using rights based participatory strategies as a means of building peaceful, sustainable communities 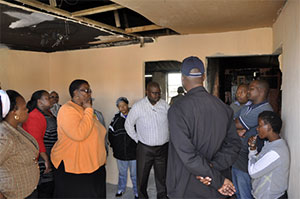 In early 2001, a group of young adults from the New Crossroads Township came together to express concern over the increasing levels of crime, alcohol, drug abuse and xenophobia in their community. Together, the youth were determined to find a way of solving these problems.

With the assistance of IDASA (Institute for Democracy in South Africa), an initial workshop was held at Uluntu Centre in Gugulethu with 46 young adults mainly from New Crossroads and Gugulethu, in which they expressed their deep frustration about the problems facing their communities. Most of these problems stemmed from the high levels of unemployment in the townships, and a sense of abandonment that prevailed among the youth. They felt that no commitment had been shown from government, at any level, to give young people in the townships confidence to face the future. Gugulethu youth felt refugees from other African countries living in their areas were successful in achieving a better quality of life, whereas they couldn’t. Although this was a misperception, it caused great resentment between South African youth and young refugees.

Initially started as part of IDASA, Africa Unite was launched officially in 2003 by the Provincial Minister of Safety and Security, at Ikwezi Community Centre in Gugulethu. The project became autonomous in 2004.

Africa Unite strives towards the achievement of a united and prosperous Africa in which all people live together harmoniously and peacefully.

AU is a Human Rights and Youth Empowerment organisation that works with citizens, refugees, and migrants to prevent conflicts, enhance social cohesion and promote socio-economic development.

AU achieves these objectives through

Through a combination of educational and practical programmes the AU prepare youth to face the challenges of living in South Africa while also being agents of change within communities themselves.