As we drove out of South Africa’s “Europe,” an informal settlement adjacent to Nyanga, one of the oldest black townships created under apartheid policies, the South African heat and the day’s purpose weighed on me. In this long expanse of dirt streets, overcrowding, and stench, people live with the constant threat of destruction and death by fire, crime, and tuberculosis. And their beautiful children smile and pose—with big personalities eager to please and be noticed in a place invisible to those traveling the scenic route to beautiful, cosmopolitan Cape Town, a twenty-minute drive away.

“It is hard to express these things,” said Zoe Nkongolo as we passed squalid settlements named after scenic places such as Barcelona, and Europe. I had first met Zoe when my family visited our daughter Siobhan during her internship in Cape Town, South Africa in 2011. Zoe was her mentor and the director of Africa Unite, a human rights organization involved in advocacy, education, and providing essential services in the poorest communities.

I remembered him as a busy man with an understated manner, an easy laugh, and a difficult job. Now it was 2014 and we were back, this time to visit our daughter Lauren, who was interning with Treatment Action Campaign, an advocacy organization focused on public health issues. It was great to see Zoe again, and he was eager to show us some of Africa Unite’s programs in action. He had a full day planned for us.

In this corner of South Africa, apartheid’s legacy looms, and Europe is “informal” in the most brutal sense of the word. It’s a community where corrugated tin shacks and homes built of scrap pallets are shared by multiple families who cope with intense heat or bitter cold depending on the season. Six families typically share a key to one of the locked portable toilets that line the outskirts. Yes, it is hard to express these things. 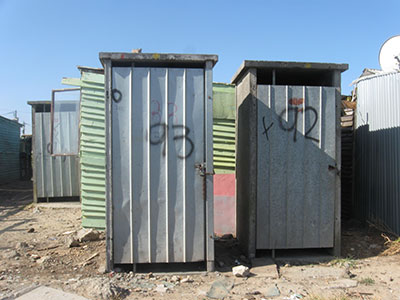 We visited Europe after spending a morning observing a dialogue between the Nyanga community and local police, organized to address the lack of safety and police response now at a crisis point. A confident and serious young man named Isaac led the discussion, translating and summarizing as community members and officials alternated between Xhosa and English. (There are eleven official languages in South Africa, and many more informal ones. I’ve read that English is the most commonly spoken language in South African public life, but the fifth most spoken home language.) Isaac lives in Europe, and he seamlessly captured it all—complicated emotional testimony and politically evasive talking points. He was impressive, and we complimented him.

We had lunch in Nyanga in an area known locally as the Red Carpet, nick-named for its reputation as a bloody hotspot of violent robberies, and a major focus of the discussion at the community forum earlier.

Nyanga means “moon” in Xhosa. It’s considered the murder capital of South Africa, and it’s where Africa Unite was first established. Although its reach has grown, Africa Unite is still heavily invested there, especially for the children. And there are many children.

Outside visitors are pretty rare in Nyanga and we were given special treatment at Maphindi’s, a local eatery. Our hosts Zoe and Nomsa Somdaka, Africa Unite’s social worker who coordinates its child services, ordered for us. We had an upstairs room to ourselves with a view overlooking Red Carpet and I tried to reconcile the tasty food and friendly service with Nomsa’s discussion of conditions on the ground.

After lunch we headed to one of Africa Unite’s afterschool programs in Europe. Housed in a cargo container, it’s a prized and vibrant community space despite broken windows, a single hanging light bulb, and the need for umbrellas inside.

It is here that Africa Unite hosts children’s activities, programs on gender-based violence and children’s rights, parenting workshops, and a community bulletin board of job postings. It’s a big step forward in Europe, providing a consistent presence that is helping Africa Unite gain the trust of the most vulnerable children who live in a place many consider a no-go area. 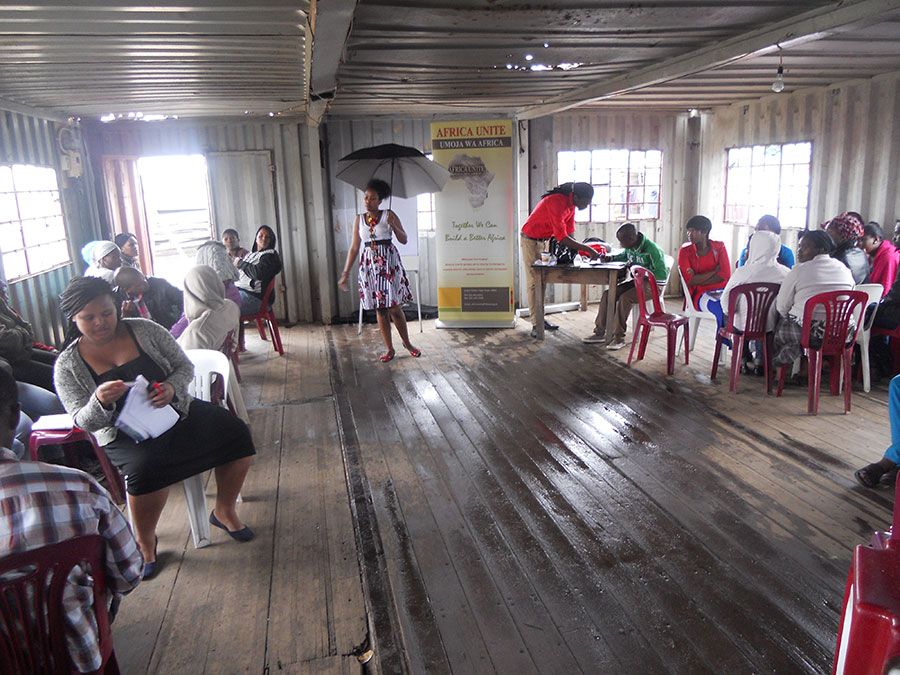 I asked if I could take a few photos. Dozens of children swarmed, jostling for center position and the chance to see themselves on the small camera screen. I gulped and tried to focus on the smiles. My South African trip to Europe was about learning—about swapping misguided pity for respect; about witnessing and remembering, and hard as it may be, about trying to express these things. 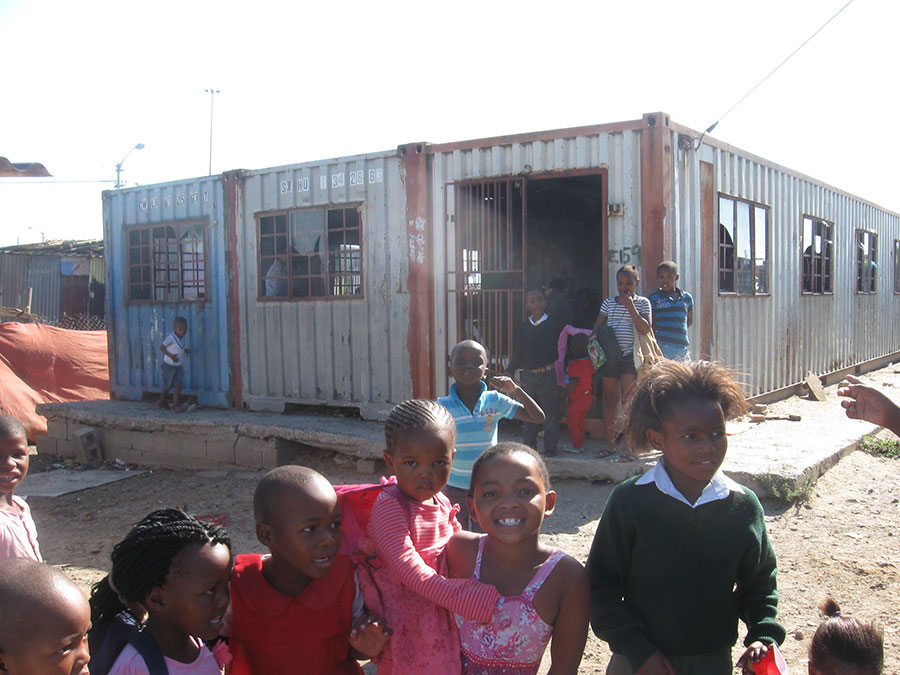 With a favorable exchange rate of nearly eleven to one between the dollar and the rand, every donation, however modest, makes a big difference. A little goes a long way there, whether funding school uniforms and basic necessities, seed money for micro-businesses, or fixing a roof for the children of Europe. Africa Unite’s initiatives train women to start self-sustaining businesses, help children with education, sports, and nutrition, mentor youth leaders, and empower communities. And so I write about these things, and I encourage you to get involved, to spread the word about Africa Unite and Europe, and to consider donating (PayPal is a wonderful thing).