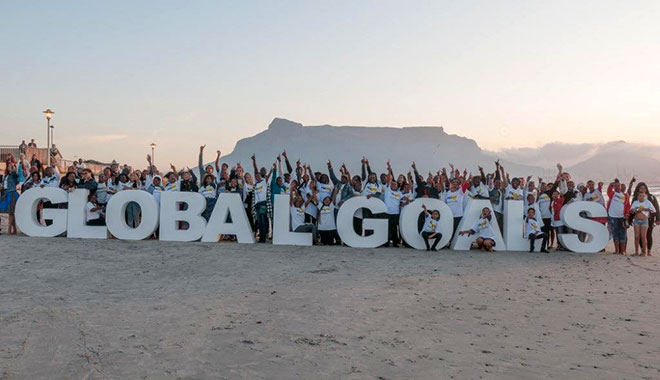 In partnership with African Monitor AU has collected voices and aspirations of young people in South Africa through a campaign called Voice Africa’s Future (VAF) which is running in 10 African countries with the aim of creating a platform that will enable youth to participate in the Post 2015 Development process.

Through this initiative 12 000 voices and aspirations of young people were collected in South Africa (Western Cape, Eastern Cape and Kwazulu Natal). In September 2015 AU managed to bring 300 young people from rural and urban areas, high schools, tertiary institutions and from the disabled community to sit in parliament with various members of parliament, in order for them to handover these aspirations.

Through parliament, these aspirations were given to member delegates who attended the United Nations General Assembly (UNGA) 70 in New York.

The major issue is, how this global framework can be localized and influence the lives of young people to eradicate poverty, inequality, climate change and youth unemployment. This emphasised the critical role of youth as the drivers of transformation and the implementation of the new global development agenda.

In line with this global agenda, on the eve of the adoption of these goals, Africa Unite partnered with Action 2015 global campaign to ‘light the way’ in reminding global leaders attending the UNGA 70 to make sound resolutions and agreements and to commit themselves to the realization and proper implementation of the new Global Development Agenda. On this day 200 young people were mobilised by AU to light torches and candles as part of the global action.

We featured in the global video which was developed for this occasion. This campaign also calls for all governments to make funds available in order to support the proper monitoring and implementation of the SDGs. To view the video click here.